Kubernetes at home - Part 1: The hardware

A lot of my projects at home start with the phrase “because I can” or “I want to see what happens”. As it turns out, I actually have a reason this time: because I want to be in control of some infrastructure and environment. And “because I can”. Having gotten that justification out of the way, here’s a quick catch-up to where I am.

In late 2019, I was running a couple Raspberry Pis as an easy Kubernetes cluster with MicroK8s. This image clearly shows how much organization I put into it. 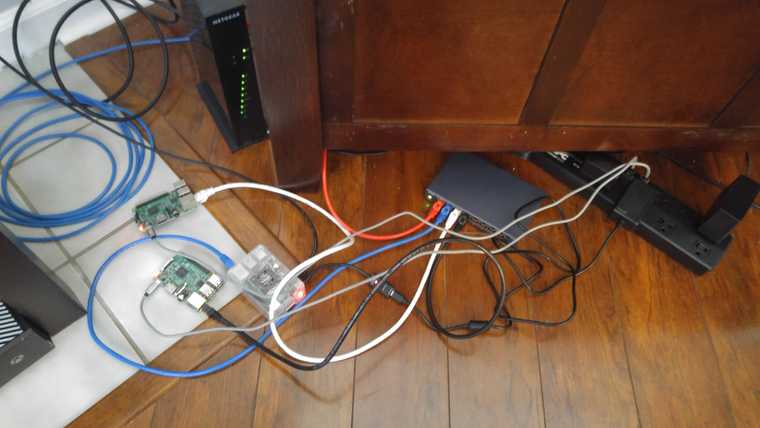 During early 2020, I treated these Raspberry Pis as experimental test machines. I kept taking apart the cluster, trying something new like maybe a new distro, and then putting it back together. I didn’t run any essential services on them which didn’t translate to much focus on maintenance or on sustaining it.

Eventually, I dropped most attempts at this and started accepting a problem with certificates on my home network with self-hosted services, especially since I didn’t want to pay for a certificate. After this acceptance, I started experimenting with different pieces of Kubernetes but didn’t make a lot of noteworthy progress.

A few months ago, I decided that I wanted to run some heavy workloads and more databases in Kubernetes, so I started looking at some new hardware. After a few holiday sales, I ended up with some quite solid desktop components in a Fractal Node 804 case sitting underneath a cabinet in the living room. 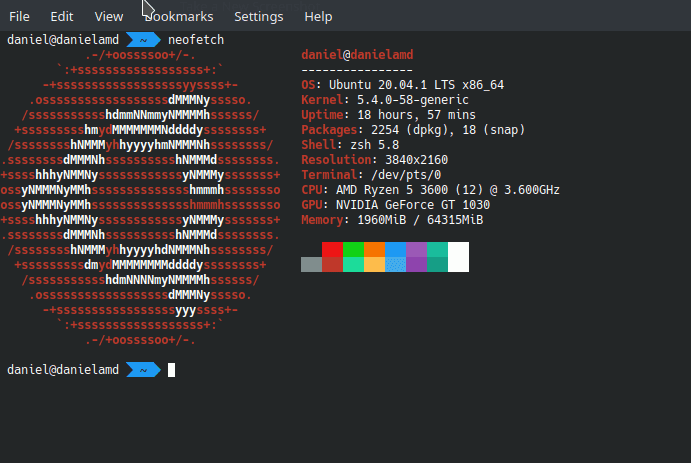 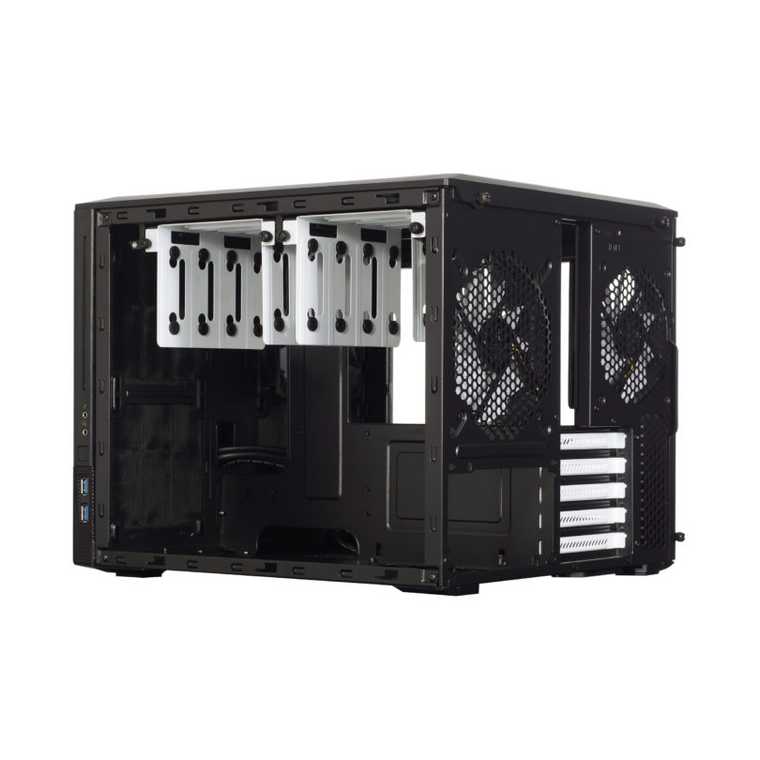 The hardware choices were mostly based on what I could find cheap. The exception is that the sale on the AMD Ryzen 5 3600 CPU was not much of a discount. Also, I don’t like a lot of ambient hardware noise and so I did as best as possible to minimize that with a passively cooled GPU and quiet fans. A GPU isn’t strictly necessary, but I wanted one anyway for ease of access.

I did get a cheap M.2 drive as a boot drive and to run Kubernetes from, and then a large capacity cheaper SSD to serve as local persistent storage which I then backup to network storage every once in a while. The brand of drives doesn’t seem to matter much.

My stated reason above was because I want to be in control of some infrastructure and environment. To elaborate on that, I want to build Software-as-a-Service (SaaS) products. By controlling my hardware locally, any software dependency will become a clearly obvious and visible acceptance. Not to mention that by purchasing hardware, I have effectively purchased reserved space. A future retrospective will be very interesting to see whether I utilized the hardware fully and saved money compared to a public cloud offering.

Let’s see how many blog posts I can go down the road of self-hosted Kubernetes for a software developer.

Next: Kubernetes at home - Part 2: The install