I have changed jobs, cities, and my attitude this year. I’m focusing on my professional year in review here.

A few months ago, I moved from Nashville, TN to Knoxville, TN.

This job change and city change was really rough as I was driving back and forth from Nashville to Knoxville very frequently. I know that many people drive long distances (more than a 100 miles) constantly, but I just can’t do that with ease and the drive took a toll on me for the month or two I was doing that.

In the end, I took a favorable contract at Radio Systems Corporation. A lot of good people are here, and it’s a nice place to work.

With every change, people and places are left behind. I was sad to leave Nashville and my old job at CareHere. I had stayed there a little over 2 years, and the IT department when I left was nothing like it was when I arrived. I hope I left it a better place than I found it.

At CareHere, I was the longest remaining software developer with the most domain and business knowledge, and I was essentially a Brent: a character from the Phoenix Project book..

Brent is a character in The Phoenix Project, who seems to be essential for every project and is badly overcommitted - he represents a human bottleneck.

I had my hand in most software projects, for better or for worse, and I spent most of my days fixing things, fire-fighting production issues, negotiating interfaces with clients and vendors, and trying to get new features out with minimal breakage. I was the model picture of the before in the Phoenix Project and DevOps Handbook.

Since leaving CareHere, I’ve learned a lot and most of it from Jamie Phillips and I wish I knew then what I know now, back when I was at CareHere.

CareHere is a fantastic place with some fantastic people and I know they’re rocking’n’rolling and doing amazing stuff. I’m sad to end that chapter of my life. But I’m also excited at this new chapter.

Certifications in IT are a wierd beast. IT is a great field in that certificates and degrees are not required at all if competence in an area can be shown separately; however, having a piece of paper certifying knowledge in something does help. To this goal, I’ve started down the path of gettings certifications “because I can”.

My first certification was in something rather obscure: Talend. I had gained this knowledge at Radio Systems Corporation, so I went and took the certification exam and found it easy. 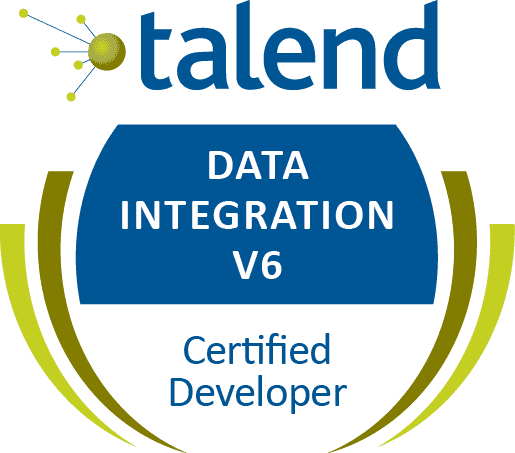 I’m working on several other certifications and I’ll make a post on each of them as I gain them.

I’ve gained a lot of purely technical knowledge this year in addition to the non-technical skills I’m trying my best to pick up.

Here’s some of the new subject material that I’ve learned this year:

Here’s some of the subject material that I have improved significantly upon this year:

This year, I talked for 20 minutes at the Nashville .NET users group on F#. The slides are here.

Next year, I want to speak more at conferences and user groups. I’ve submitted two talks to Codestock, and I’ll be at Functional Knoxville in February. I’m not sure what other meetups and conferences I’ll be at, but I hope to have a few more.

I love conferences. This year I went to Codestock in Knoxville and Music City Code in Nashville. Both excellent events and well worth going to again. I’ve been to Music City Code every year since it started, and it’s growing admirably.

I cannot say I know a lot or am perfect, but if I can say that I’m better today than I was yesterday, than I know that I’ve learned something. I can hope to continuously improve.

This upcoming year is going to be awesome!

Previous: Introduction to Salesforce from a developer

Next: Logging in with Azure Active Directory