Rubber ducks and software have a long-standing relationship. 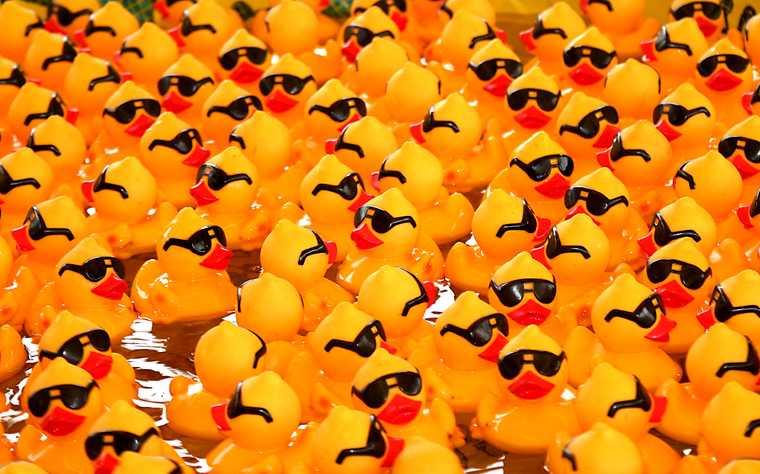 Rubber ducks are well known for their listening skills. Rubber duck debugging, as mentioned in the book The Pragmatic Programmer, is a time-honored tradition of explaining problems to inanimate objects in the certainty that explaining it out loud will help yourself, and strangely, it often works.

Rubber ducks are also known for their resilience and travels upon the ocean currents. When I was a kid, I read about a shipment of rubber ducks, and a few other types, that had spilled into the ocean in 1992. I loved reading that story years later when reports started coming to the scientists about all the fantastic places these rubber ducks had turned up.

As the ocean currents spread rubber ducks across the world, I wonder how many years these floating ducks will stay in circulation for years to come.

I’ll come back and touch on these floating world travelers again in a bit.

When I worked as a software developer in the healthcare industry, the one constant I saw was bad data. This bad data was typos, accidental entries in the wrong field, plain miscategorization, as well as incomplete patient identifiers, and many other things.

Further, by accepting bad data, we’ve just accepted to identify a patient by the wrong identifiers when coming from that particular data provider in the hopes that we can clean the data up before passing it on. Wrong identifiers could be name, address, and anything including the most famous American identifier: the Social Security Number. The SSN is a terrible identifier because some people don’t want to give theirs to medical professionals so they make up a fake SSN, or they just plain don’t give any number (I prefer no data to wrong data in this case), or they typo something. However it happens, the SSN was wrong a LOT. I’m picking on the SSN specifically because it’s not a good identifier, but most of the country thinks it is.

Wrong data is the rubber ducks of the healthcare world. Healthcare records are about as permanent as any record for anyone in America, and an anomaly (a mistake) in entering data might be spread about to any other used healthcare provider.

It’s no different from telling ten people each a different piece of information, and seeing whose version of the information is the publicly known version.

By throwing a rubber duck into the ocean or an unique piece of healthcare information into that world, you can analyze the ocean currents or figure out what healthcare analytics are happening.

My point isn’t about healthcare specifically, I’ve just happened to work on that software. Anywhere in the software industry that data retention and sharing is a priority, artifacts of bad data appear and are spread around like rubber ducks on the ocean.